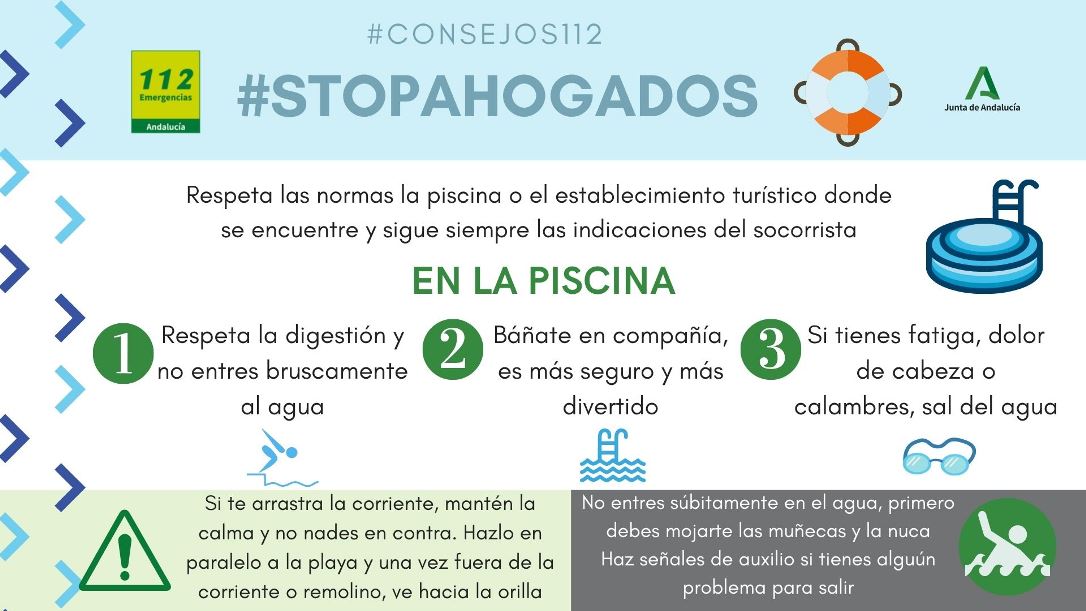 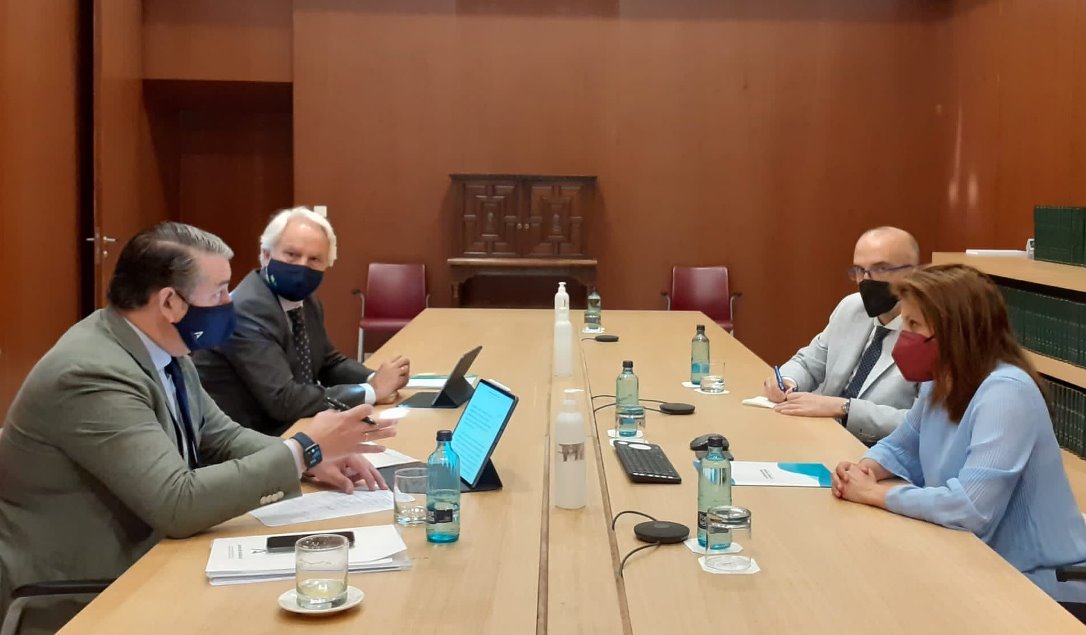 Meeting between the Andalusian Government and the Royal Spanish Lifesaving Federation./Twitter @antoniosanz

It is aimed to prevent bathing areas risks, avoiding accidents and drowning in water areas

The Andalusian Government has launched a campaign to prevent bathing áreas risks, avoid accidents and drowning in water areas following the strategy proposed by the Royal Spanish Lifesaving Federation in the #StopAhogados campaign.

This is stated by Emergencias 112 Andalucía, a service attached to the Regional Ministry of the Presidency, Public Administration and the Interior, in a statement published on its website, in which it points out that the initiative will take shape through social networks and the media.

In fact, Emergencias 112 Andalucía already uses the hashtag #StopAhogados in the publications in which it offers prevention advice, either through infographics or short videos.

One of the images used by Emergencias 112 Andalucía in the initiative in which it follows the strategy proposed by the Royal Spanish Lifesaving Federation, the #StopAhogados campaign.

The Andalusian Government initiative follows the meeting that the Royal Spanish Lifesaving Federation president, Isabel García Sanz, and her Cabinet Director, Álvaro Vega, held on July 1st with the Presidency, Public Administration and Interior deputy minister, Antonio Sanz, and the Emergencies and Civil Protection Director General, Agustín Muñoz, in which they agreed to open a permanent framework for dialogue and collaboration and where they discussed the Andalusian Government participation in the 3rd International Congress on Drowning Prevention (CIPREA).

#StopAhogados is a campaign launched in 2016 by the Royal Sppanish Lifesaving Federation to prevent of accidents and drowning in water areas, considered by the European Lifesaving Federation (ILSE) as an example and a fast, effective and easy to export to other countries social impact tool, which has material translated into nineteen languages. 2021/7/16