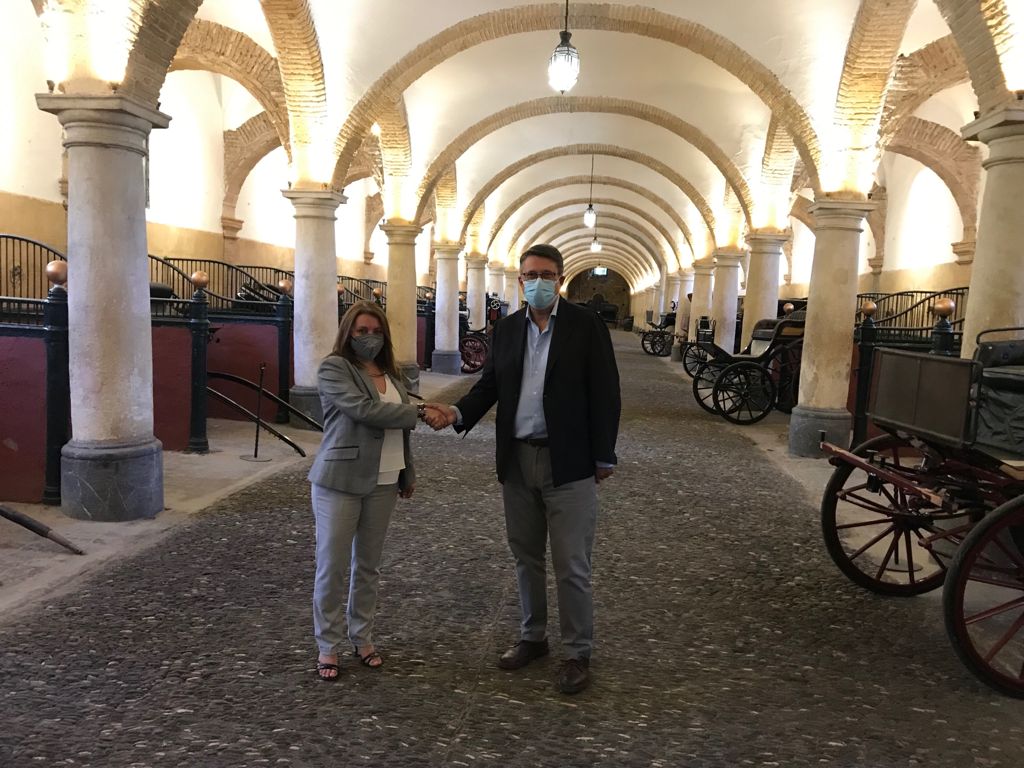 By RFESS9 June 2021No Comments

The meeting, that will be held in October, is organized by the Royal Spanish Lifesaving Federation

Equestrian Cordoba has become a partner to the III International Congress on Drowning Prevention (CIPREA), which will be held at the Palacio de Congresos from October 15 to 17, organised by the Royal Spanish Lifesaving Federation.

Through an agreement signed by the both entities presidents, Rafael Blanco and Isabel García Sanz, Equestrian Cordoba joins to the first major congress meeting to be held in the city after the peak phase of Covid-19 and which will be the main activity of its kind to be held in Córdoba during the last quarter of the year.

The convergence “to combine and optimize efforts and resources“, as stated in the agreement, has led to the establishment of this collaboration framework to facilitate the dissemination of the Equestrian Cordoba activities and the visit of the Royal Stables among the more than 300 delegates expected to attend the evento in October.

First Congress in the field of lifesaving and drowning prevention worldwide

To do this, those attending the Congress, the first in the field of lifesaving and drowning prevention worldwide after the health emergency situation and the most important worldwide in the field during the five-year period 2019-2023, will have direct information about Equestrian Cordoba activities through the Royal Spanish Lifesaving Federation and the CIPREA website, www.ciprea.rfess.es.

Equestrian Cordoba thus opens a range of collaborations with important entities with an international presence, which allows the direct promotion of the Royal Stables of Córdoba, the Purebred Spanish Horse and its Show “Passion and Duende of the Andalusian Horse”. 9/6/21