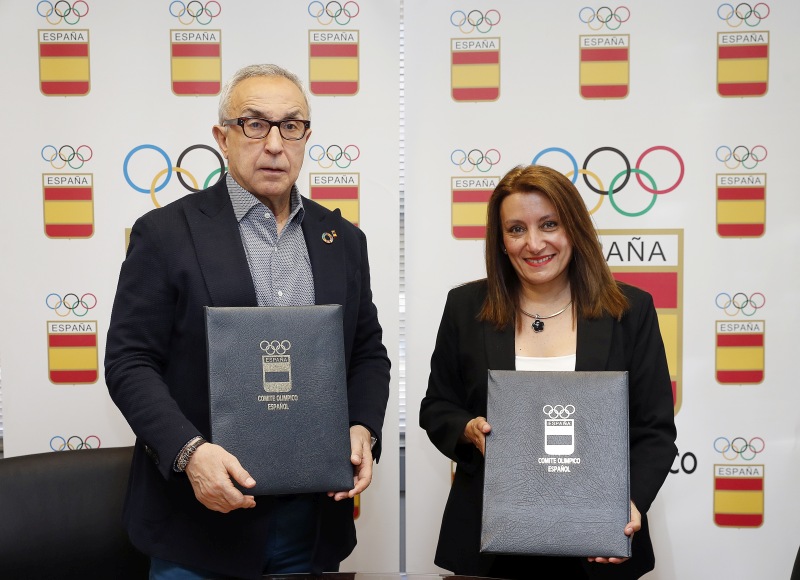 It has become a main partner, recognising that the congress embodies the aims of the Olympic Movement

The Spanish Olympic Committee (COE) has given its institutional support to the development of the III International Congress on Drowning Prevention (CIPREA), which will take place in Cordoba from October 15 to 17, and will promote its international dissemination within the scope of its activities.

This is stated in a collaboration agreement signed by the COE President, Alejandro Blanco, and the Royal Spanish Lifesaving Federation President, Isabel García Sanz, at the headquarters of the Olympic body, in which it is recognised that the event arround the prevention of accidents in aquatic areas to be held in the Andalusian city embodies the aims of the Olympic Movement.

As a result of the agreement, the COE has become the main partner of the Congress and the Royal Spanish Lifesaving Federation has decided to incorporate the hashtag #SomosEspaña, which is used as a reference by the Olympic organisation for the Tokyo Olympic Games, in the poster of the congress.

CIPREA is the most important conference in Europe in this sector and will be the first congress in the field of lifesaving and drowning prevention worldwide after the declaration of the pandemic, as well as the most important in the five-year period 2019-2023, a period in which the International Lifesaving Federation (ILS) will not convene its world meeting.

Collaboration agreement includes the COE incorporation into the other international activity organised by the Royal Spanish Lifesaving Federation this year, the European Junior and Open Lifesaving Championships by Nations, which will take place in Castellon between September 12 and 18, and the commemoration of the 60th anniversary of its foundation, which takes place throughout 2021. 2021/6/23