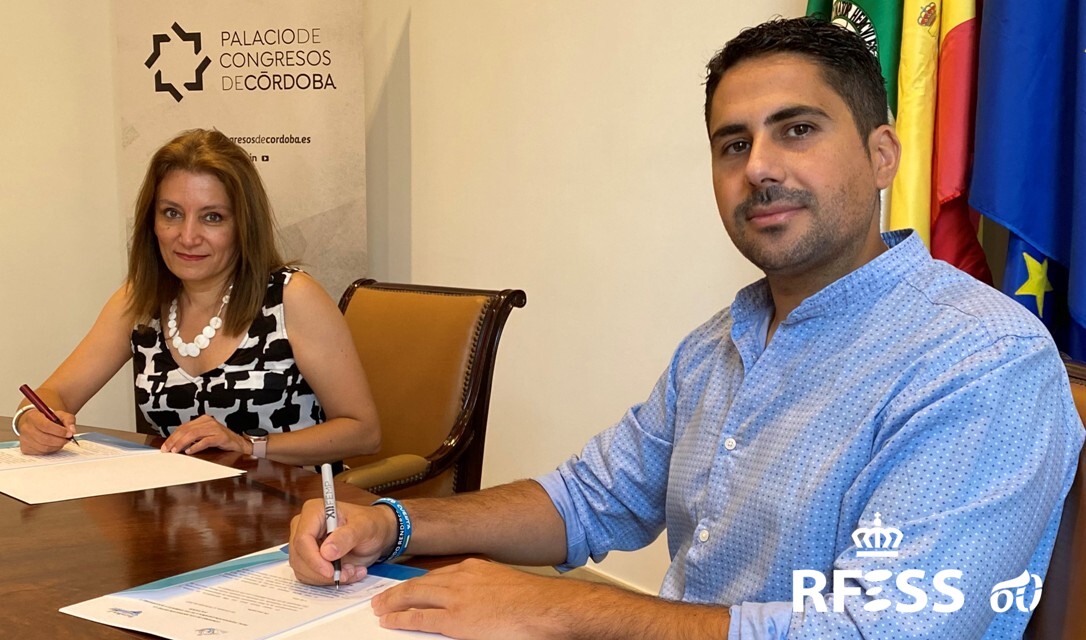 Salvasur develops the program of activities prior to the CIPREA

Isabel García Sanz and José Aguilar Delgado during the signing of the collaboration agreement at the Cordoba Congress Palace./RFESS

The Salvasur Sport Club and the company Salvamento y Servicios del Sur (Salvasur) are in charge of desingning and executing the programme of activities prior to the III International Congress on Drowning Prevention (CIPREA) program, which will take place in Córdoba between 15th and 17th October organized by the Royal Spanish Lifesaving Federation.

The activities consist of a programme of drowning prevention and CPR training, as well as others related to rescue and first aid, within the framework of the Accidents Prevention on Water Areas Campaign #StopAhogados, launched in 2016 the Royal Spanish Federation of Rescue and Lifeguard.

The campaign, which has federative logistical support, has already reached several aquatic facilities in Córdoba, Rute and Fernán Núñez and has scheduled events in Puente Genil and various other actions in the provincial capital.

Salvasur will also participate in the CIPREA through a volunteers group who will carry out logistical tasks and who will be involved in supporting the organization, both during the days of the Congress and in the events held previously, such as the photographs and equipment related to rescue and first aid exhibition that will inaugurated at the Orive Palace on October 14.

The Royal Spanish Lifesaving Federation president, Isabel García Sanz, and the Salvasur president, José Aguilar Delgado, have formalized this collaboration in an agreement signed at the Cordoba Congress Palace, the venue for the CIPREA, which also stated that the sports club will collaborate in the event development during the three days it is held.

Salvasur as a company has the main purpose of advancing in people safety, thus offering a better quality of life and as a club it has the aim of sport lifesaving promotion, having played a leading role in the reactivation of this sport in the province of Córdoba after thirty years without activity. 2021/8/16