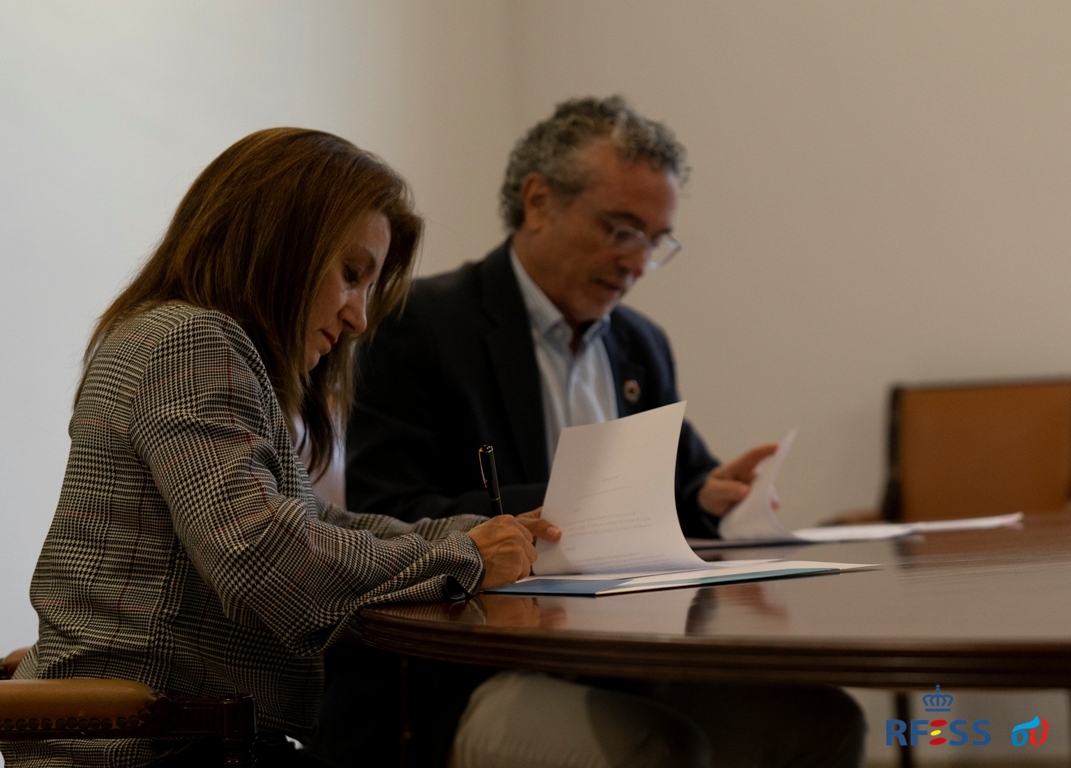 Spanish Lifesaving signs up an agreement with PRODE Fundation

By Fátima Ramírez8 October 2021No Comments

The joint action pathway focuses on respect for the individual, training and the implementation of a culture of lifesaving and prevention

The Royal Spanish Lifesaving Federation and the PRODE Foundation have signed an agreement by which they will carry out joint activities from now on and which will begin with collaboration within the framework of the 3rd International Congress on Drowning Prevention (CIPREA), to be held in Cordoba next week.

This is stated in the specific agreement for the CIPREA signed by the president of the Federation, Isabel García Sanz, and the president of the Foundation, Blas García Ruiz, which develops the framework agreement signed at the same event, held at the Palacio de Congresos de Córdoba, which establishes the scope of the relationship between the two organisations.

From now on, RFESS and PRODE will carry out “activities that have a direct impact on the development and respect of the individual, the understanding of diversity, training as an essential element for the improvement of the quality of life and individual and collective protection and the implementation of the culture of lifesaving and prevention“, according to the framework agreement.

The CIPREA will bring together more than three hundred people from 31 countries from the five continents, of which 24 will present eight papers and develop a round table of experiences, 66 communications and fifteen posters.