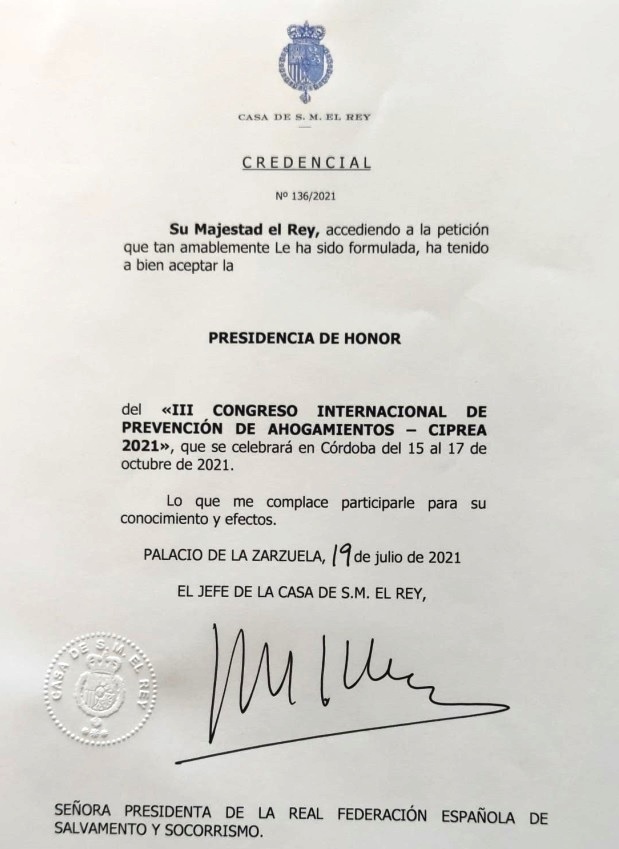 The King is President of the CIPREA Honour Committee

By Fátima Ramírez12 October 2021No Comments 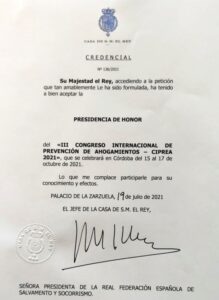 The conference will bring together experts from 31 countries from all five continents in Cordoba from Friday onwards.

King Felipe VI chairs the Committee of Honour of the 3rd International Congress on Drowning Prevention (CIPREA) which will bring together more than four hundred experts and participants from 31 countries in Cordoba from Friday until Sunday.

Along with the monarch, the President of the Government, Pedro Sánchez, the Ministers of the Interior, Fernando Grande-Marlaska, Education and Professional Training, Pilar Alegría, and Health, Calorina Darias, the Mayor of Córdoba, José María Bellido, the President of the Provincial Council, Antonio Ruiz, the sub-delegate of the Government, Rafaela Valenzuela, and the delegate of the Andalusian Government, Antonio Repullo, are part of the support body for the initiative of the Royal Spanish Lifesaving Federation.

Among these are the presidents, Graham Ford, from the International, Detlev Mohr, from the European, and Isabel García Sanz, from the Latin American, who in turn presides over the Royal Spanish Lifesaving Federation.

The CIPREA will finally have ten key-note speakers, 66 short oral communications and fifteen posters, in what is the only reference in the analysis of the drowning prevention in aquatic areas in the world between 2019 and 2023, a five-year period in which the congress organised by the International Lifesaving Federation will not take place. 2021/10/12